ASP880 Takes To The Stage With Róisín Murphy 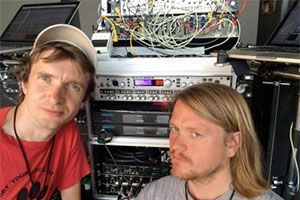 Taking Europe by storm, Moloko front-woman Róisín Murphy is performing tracks from her long-awaited third solo album, Hairless Toys across the festivals this summer, where an Audient ASP880 mic pre is featured …on stage!

Album co-writer and producer Eddie Stevens – whose credits include Freak Power, Zero7 and Moloko - has continued to work with to Róisín since her Moloko days to create this 8-track album, and is pretty pleased with how the Audient eight channel mic pre is managing to capture the music live. “It isn't being used by either Front Of House engineer OR monitor engineer,” begins Stevens, mysteriously. “It's being used on stage - and, in fact, on full display to those with particularly fine eyesight in the audience. It helps, in this regard, to have all those lovely multi-coloured lights!”

He explains further: “Our set-up takes a split from Róisín's vocal mic, a split from acoustic guitar and a feed from three contact mics attached to bottom skins on the snare, rack tom and floor tom, into the ASP880. From here I can send audio either via the D-sub line out to laptop number one, where it then can be processed and sent to two huge on-stage vintage guitar amps/cabs OR it can be sent via ADAT to our second laptop for more ‘in the box’ processing. The vocal split also gets sent after the asp880 to a Digitech Vocalist Live for all sorts of vocal effects - mainly harmonies and odd manipulation and gender-bending. So, you see, we are really using the unit to its full capacity,” he adds, with a degree of pride.

“I know of no other unit which would be this versatile with this quality of sound: it is essential that the vocal channel, for instance, is of sufficiently high quality to replace the dry vocal channel at FOH where needed, without the audience noticing any drop in quality. The ASP880 gives the so-called vocal FX channel exactly this level of quality to compete with the Langevin DVC dry vocal channel.” It’s not just how it sounds, though, the portability of the Audient unit is just as important to Stevens. “When you add to all this that the eight channels are squeezed into a 1u rack mountable box - space is tight in a touring rig - then I can justify this statement: The ASP880 is a compact unit of exceptional quality and versatility of which I know no alternative for our application. Hand made just for us! (It seems).” 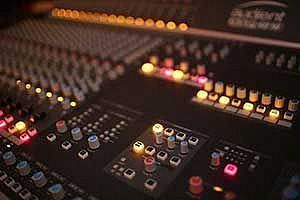 Audient Jumps In Feet First At The Laundry 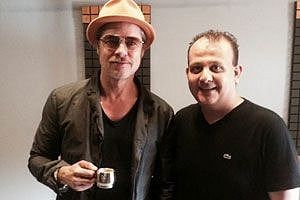 Why would Brad Pitt be in Malta? 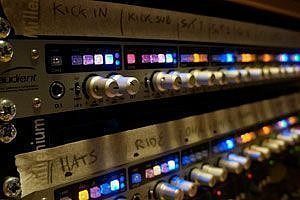