Lighting designer Henk-Jan van Beek from Dutch creative visual practice Light-H-Art was asked to light the show by production company LiveLane. He’s worked on many shows in the Ziggo Dome throughout his career, but this was the first time a concept like this was central to the 90 minute presentation!

Enrapt audiences were also treated to a simulated rocket blast off right in the middle of the venue, a jaw dropping piece of theatre for which Henk-Jan specified 40 x Robe BMFL WashBeam moving lights and 16 x Robe Cyclones to assist in creating all the drama and excitement of a real simulated rocket launch and a space voyage.

The BMFL WashBeams were the primary lightsources for the whole presentation, with eight used as follow spots, while the Cyclones were instrumental to recreating an authentic blast off for the rocket!

From the first day he became embroiled in the project, Henk-Jan sat down with Andre and production who already had some really clear ideas about how he wanted the lighting to look. The launch had to look super-spectacular, and at various times they needed lighting to represent elements like fire, water and earth as Andre was referring to these in his narrative. Lighting also had to assist recreating a sense of weightlessness and floating in space being surrounded by stars.

“The lighting was absolutely fundamental to making the concept work and it had to be precise and detailed,” explained Henk-Jan. After a brainstorming session … he hit on using Cyclones for the blast off. He was aware of the fixtures and the effects they could produce, although this was the first time he’d incorporated them into a show. 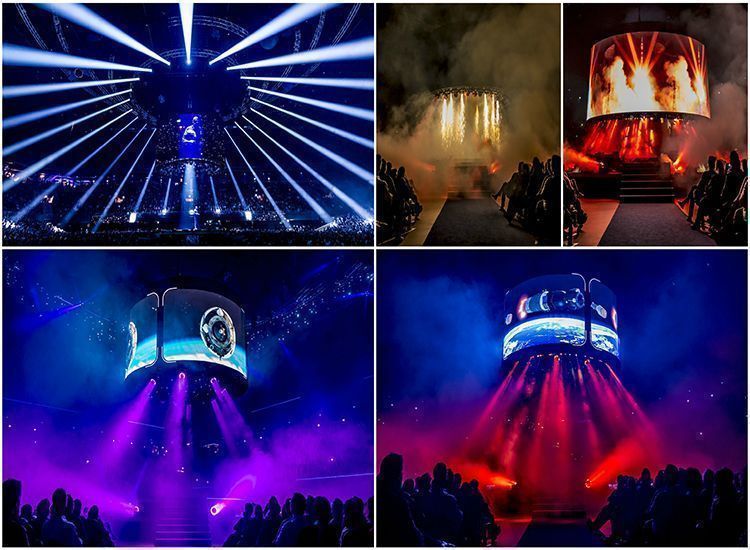 Henk-Jan combined these with some Cosmopix double rotating sphere fixtures and serious amounts of haze and atmosphere … all of which combined with some awesome sound effects to create the perfect thrust!

Eight of the Cyclones were embedded in the ring of LED video screens, which dropped down to the stage level as the rocket prepared to launch, and the other eight were positioned on the stage floor.

The BMFL WashBeams were rigged on a series of half-circle trusses flown above the set and stage, with the most central 16 lighting around the LED screens and helping to form the sides of the ‘rocket’ (as the screens were flown down to the stage level). They also added to the ignition sequence lighting as the ‘engines’ fired up.

Another 16 luminaires were on straight trusses above the first rows of audience, and on the ends of each truss were two BMFL WashBeams used in follow spot mode to pick up the singers and dancers when they came onstage. These eight BMFL ‘followspots’ were operated by two crew utilizing a remote floor based control system with access to the pan / tilt functionality, while all the other parameters were controlled via Henk-Jan’s grandMA2 lighting console.

He chose BMFL Wash Beams for the event because they had everything needed – huge power, good gobos and animation wheels which were ideal for creating the range of kinetic effects like fire and water. The shutters were also useful. “It was simply a perfect fixture for this project which was relatively simple to light on one hand but required absolute precision and the correct tools” he stated.

He worked with Light-H-Art programmer Joost Wijgers on the show, and both really enjoyed delivering the lighting. The show ran three times on one day, and reached out to over 30,000 enthralled space cadets.

Light-H-Art is a prolific creative design and programming company based in Ermelo, the Netherlands, known for imagination and flair, which was founded by Henk-Jan in 2006. There is now a team of 12 talented individuals working alongside Henk-Jan on a wide variety of interesting shows, events and projects embracing multiple sectors all over the world.

Robe Back at Prolight with impressive live show and lots more 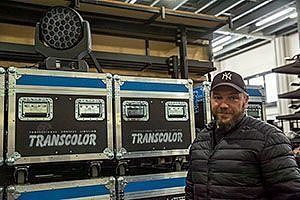 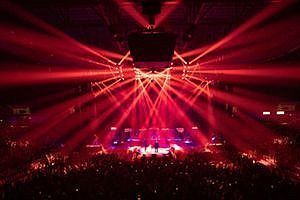 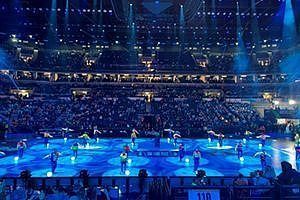 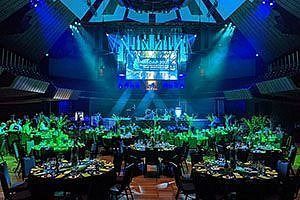 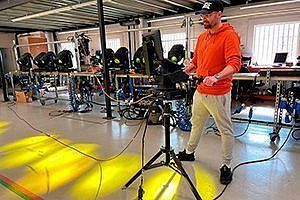 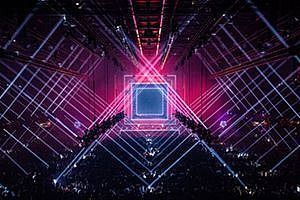 Robe gets a Rebel cause