Large RoboSpot System is a Winner at Eurovision 2018 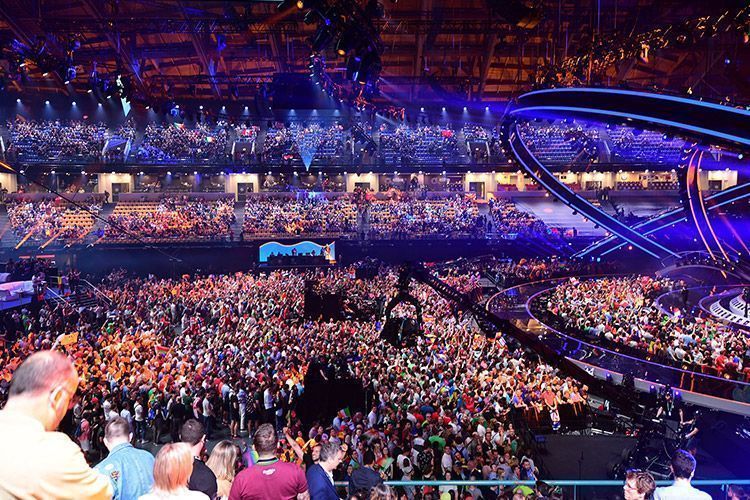 The high profile, popular and much celebrated annual singing event resplendent with glitter, glamour and a hugely enthusiastic international fanbase  was this year staged at the Altice Arena in Lisbon, Portugal. The RoboSpot system was specified onto the show by Jerry and his gaffer Matthias Rau, and used extensively throughout the event’s nail-biting final and two live semi-finals, which were beamed and streamed live via host broadcaster Rádio e Televisão de Portugal (RTP), reaching a final worldwide audience of around 200 million.

Once again, the technical implementation for this, the 63rd ESC, took visual imagination to new levels of ambition and excellence for both broadcast and live staging. Under the direction of Ola Melzig and Tobias Åberg who headed the large, highly talented technical teams, production values soared to new heights. The RoboSpot system was supplied by main lighting contractor Flashlight from the Netherlands, who worked in conjunction with Pixelight from Portugal. The RoboSpots, each with individual MotionCameras, were all from Robe’s powerful BMFL series of moving lights – a mix of BMFL Blades and BMFL WashBeams. Having these on the rig for key lighting and highlighting with their intensity and high CRI helped produce excellent results and perfect flesh tones. They were positioned around a variety of overhead vantage points which meant Jerry was not restricted to using one set of follow spots in a specific location / direction to highlight every performer in every shot. 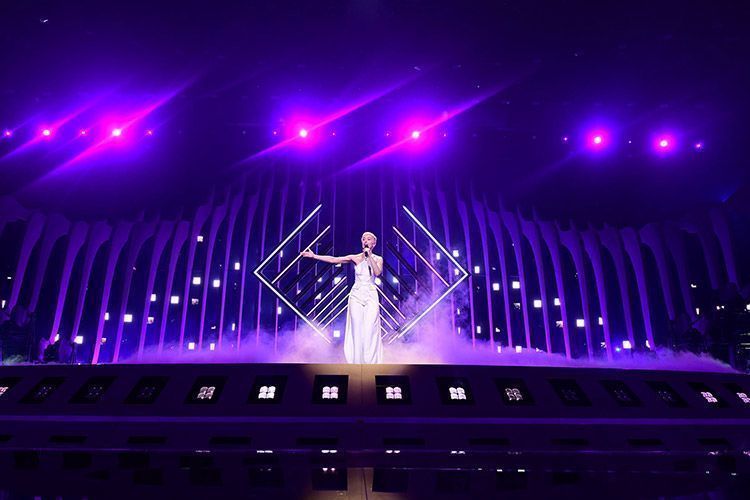 With songs from 43 countries to light individually and uniquely, this follow spotting system greatly increased the flexibility at his fingertips. He could mix and match the available follow spots to get this essential element precise and exactly to his liking and for what worked best on camera and onstage. BMFL Blade luminaires were rigged to one of the front trusses with two more single fixtures on side trusses left and right of the stage. BMFL Blades with one MotionCamera per pair of fixtures, were positioned on an upstage truss and used for rear following, highlighting and silhouetting.

Two more single BMFL WashBeams were rigged on trusses right at the far end of the arena and used for long throw shots and presenter pick-ups. Again the power of the BMFL was ideal for this application. Another two paired sets – a BMFL WashBeam and a BMFL Blade running with one MotionCamera each - were located over the stage and used for spotting people, interviews and other activities happening in the Green Room which was set up at the end of the arena furthest from the stage.

Cutaways showing the tension and emotions building in the Green Room are a fundamental element of the Eurovision drama and TV coverage, so spotting this area properly is as crucial as ensuring the performers onstage are properly lit. The 17 x RoboSpot BaseStations were all located in a designated backstage area, so the operators had no direct view of the stage. 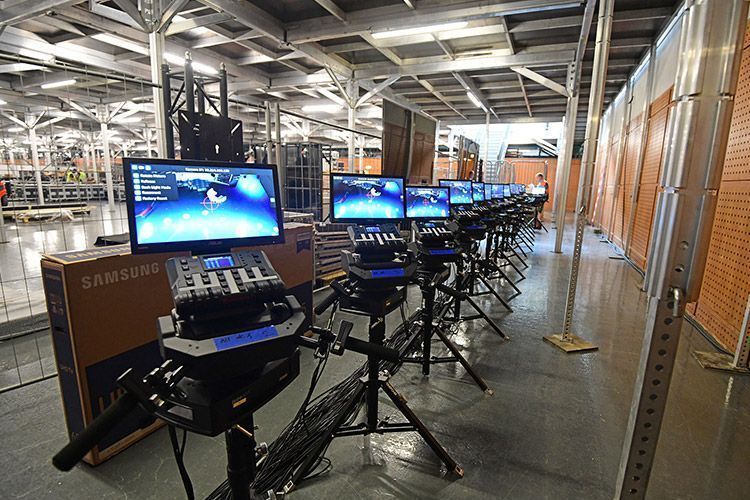 Robe Deutschland’s Martin Opitz was the RoboSpot systems engineer and co-ordinated the training and technical support. His first task on arrival in Lisbon a few weeks ahead of the final was to train up 17 locally based operators to work the RoboSpots.

Martin was impressed with how quickly they learned the system and its philosophies. “After 30 minutes, they had the basics and we all moved forward from there. The more familiar they became with the equipment, the smoother the whole follow spotting operation became,” commented Martin. He collaborated closely with the production’s follow spot caller Torsten ‘Icke’ Berger and keylight operator Markus Ruhnke to ensure they achieved all the required shots.

The RoboSpots were a great success. Flashlight‘s commercial & operational director Dennis van der Haagen said that the feedback they received indicated everybody was impressed with the performance of the lighting rig generally and the RoboSpot system as a key part of it.

Sebastian “Huwi” Huwig operated the back-wall of LED Panels while Nick "Nick the Greek" Charalampidis looked after media server operation for all the delegation’s video content. Together they crafted an exciting and invigorating lightshow that worked harmoniously with the video and scenic LED aspects. The multicamera directors from RTP were Paula Macedo and Pedro Miguel Martins and they worked alongside Troels Lund as senior multicamera director for the production.

ESC 2018 was presented by Sílvia Alberto, Daniela Ruah, Catarina Furtado and Filomena Cautela, and was won by Israel’s hotly tipped Netta Barzilai with her song “Toy”, with Cyprus finishing second and Austria third.