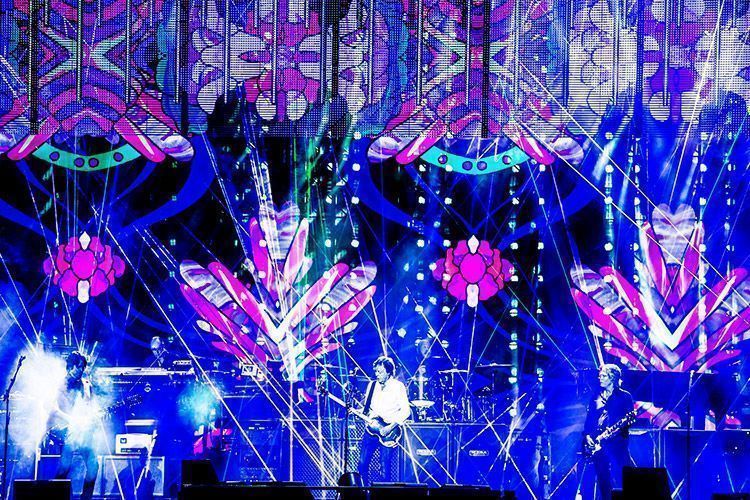 Some 528 of the compact LED beam/spot lights are used in the “Freshen Up” show under the lighting direction of Wally Lees, who has been McCartney’s lighting director for 17+ years and serves as lead programmer for all his tours and events.

Located above the stage in three identical pods are 240 DARTZ, each pod comprising 80 DARTZ in 5 rows of 16 fixtures wide. The pods are located center stage and run upstage to downstage on the center stage line. Located behind an upstage see-through video wall, approximately 50’ from the down stage edge, is a rear wall containing 288 DARTZ spread across 24 columns. Each column is 12 DARTZ tall and only becomes visible to the eye when the fixtures become active.

With a punchy output, 3-degree aperture and small footprint (11.2 x 7.7 x 17.9, 28 lbs), the DARTZ is proving to be an ideal luminaire for large light walls and pod configurations. Bennett has turned to the compact DARTZ fixture often of late, having used them on his current Kelly Clarkson tour design, as well as Lady Gaga’s Las Vegas residency Enigma show. He said of the narrow beam luminaire, "The DARTZ 360 is a bright, reliable, fast, and compact light source. It's proven itself to be the best when used in mass.”

At 76, McCartney still gives a highly entertaining performance and “Freshen Up” has received stellar reviews. The tour had played dates in Canada, Asia, Europe and South America with a U.S. leg kicking off on May 23rd in New Orleans. 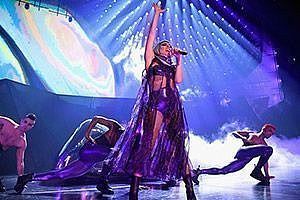