Fresh from the stages of their world tour, including the preeminent Edinburgh Festival Fringe, The Choir of Man is a feel-good Musical currently on extended tour around Australia.

A stage-show from the creative minds of Nic Doodson and Andrew Kay, the show combines nine performers and occasional live instruments, along with a technical back-end up to the task of delivering quality audio worthy of international theatre.

Working behind the scenes to help bring The Choir of Man to life is Gideon Cozens, the show’s Front of House engineer on behalf of Optical Audio Productions. Gideon says that to help him achieve the workflow and sonic quality required for each performance, he relies on DiGiCo’s SD12 digital mixing console.

DiGiCo’s SD12 console is a multi-application powerhouse designed to provide optimum performance in the engineering and capture of live audio. With its exceptional Super FPGA technology and powerful onboard Core 2 software, the SD12 is capable of unrivalled I/O and control. The console’s wealth of connectivity can be further enhanced with a variety of smart DMI interface options, including MADI-B, MADI-C, Aviom, and Dante.

For this tour, Gideon decided to take an SD12 fitted with a Dante card, and a DiGiCo D2-Rack. Together with a couple of Mac minis, this setup provides a small but powerful system for engineering live audio and delivering playback in a tour-ready package.

From the stage, the SD12 receives inputs from a set of radio mics for the performers, as well as a few FX mics for capturing live tap dancing. Where playback is concerned, the Dante card allows Gideon to stream audio in from both a main and backup Mac mini running sound cue software. The Dante capabilities of the SD12 also mean Gideon does not need any local inputs or external sound cards as part of the setup, which reduces space and clutter significantly.

“I love the SD12 as it is compact yet robust, and everything I need on it I can access quickly and easily”

With the aid of Optical Audio Productions and the power of DiGiCo, The Choir of Man has become a hit of the international music and theatre scene, appearing at the Adelaide Fringe Festival and running a sell-out season at the Sydney Opera House. 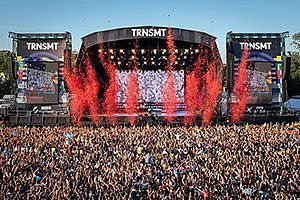 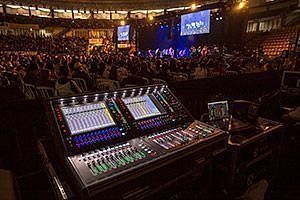 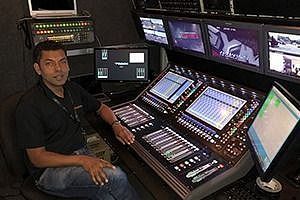