This is the newest sought-after club experience presented by the NOA Group, located in Nanning, capital and largest populous city of the Guangxi Zhuang Autonomous Region of southern China.

The intricate geometry of Chinese Xiuqiu (silk balls), the Zhuang bronze drums and other ancient ritualistic objects are underscored with several slick, contemporary twists from a new era of entertainment, exuding quality, excitement, and a superlative guest experience.

The visual content – video, AV, scenic, lighting, motion, lasers, etc – starts the moment guests step out of their cars, go inside the door and enter the elevators at OT Nanning. That is where the story begins, augmented with amassed soundscapes, other aural and visual stimuli, and the all-important brand connections.

While the delicate form of the Xiuqiu permeates multiple aspects of OT Cities Gui’s design, the Zhuang bronze drum is a complete contrast but another potent symbol – traditionally associated with power and strength and more recently with music – right at the heart of defining OT Cities Gui’s main room aesthetic.

The striking curvature of the bronze drum is also the inspiration for eight pods in the ceiling made filled with segmented scenic blades – almost resembling the iris of a luminaire – and lighting fixtures. Six of the pods extend and move on multiple axes via an automation system which can dramatically shift the architecture of the room.

Running down the room from the front the main stage are columns and laddered spiral stairways allowing access to two levels including VVIP areas on the balconies. Commanding arches and shuttered ‘windows’ backlit with LEDs create a magical library-like vibe that Daan and the team wanted, as if the space is a book that can be opened on any page and reveal a different story. These various visual threads are all related to expectation and imagination.

During opening hours – from 9.30 p.m. to 6 a.m. – a ‘show’ concept develops as the night unfolds with timeframes that unlock pre-selected lighting, video, laser, and automation sequences fused with dance and display performances, a structural approach connected to music and rhythm choreographed to keep the atmosphere and energy building.

Certain key visual elements were in the “no compromise” category, including the Robe “hero” lighting fixtures, which join approximately 1430 other light sources including architecturals and feature lighting plus several custom products like RGBW strobe tubes.

The 34 x MegaPointes are rigged at the back of the stage, in the small arches running down the centre of the room, and, most importantly, one in each circular pod centre. They were picked for their power, clarity, quality and because of the many options they bring to any environment.

The 94 x Pointes are on the larger arches that elegantly characterise the space, as well as above the various dance stages dotted around the room and along the sides covering all the biggest areas in beam effects. “Their brightness, versatility and high-impact were perfect for the job,” stated Daan, adding that beams are currently very trendy in China, and a must-have for any club space.

These optimally positioned Pointes and MegaPointes blast in and across the 40-metre-long by 26-metre-wide room spectacularly from multiple angles.

Sixty Robe Viva CMYs are rigged on the large arch around the stage, a strategically important visual gateway between the stage and audience areas, and one of the most important lighting positions in the whole design.

Another versatile fixture was needed here that contrasted to the beam-orientated Pointes and MegaPointes, so the Viva CMY was chosen for its good zoom and solid gobo options, as well as the compact size.

The 76 x LEDBeam 150s are rigged vertically up the pillars around the room and above the spiral staircases. The small size and incredible dynamics of this little fixture mean that it can be used virtually anywhere and fit into any gap!

All the Robe fixtures were supplied to the project by Shanghai-based Live Culture Transmission (LCT), which is also a Robe distributor in China

OT Cities Gui’s lighting has been programmed via a grandMA3 control system which is also used to trigger other visual elements like video, lasers and also the automation, complete with safety height and speed limits, all of which run during the timecoded shows relating the story of the orb in combination with dancers and other live performers. The local operator has touch screen access – via the disguise video server – to ‘play’ the timecoded shows.

Disguise 4x4 media servers running the video content are currently controlled remotely from Live Legends’ HQ in Amsterdam. Much of the lighting programming was also visualised here in advance, as the show musical tracks were being composed by Joos van Leeuwen and the video content created under the supervision of Ad de Haan.

Daan and a team of about 9 or 10 – including video content producers, art directors, visualiser programmers, etc – would normally be on-site several times during the build period and constantly in the last 10 days prior to opening, but, due to Covid-19 travel restrictions, this was not possible for this project.

Serge Patist, Stefan Peters and lighting designer and programmer Bas Knappers travelled to China, quarantined, and then worked alongside the client’s team. Jolly Wong, a long-term partner of Live Legends for projects in China, is also a crucial part of the team in her role as chief product officer in the NOA Group. She independently manages all the communication and negotiations, and ensures that translations are fully understood on all sides. 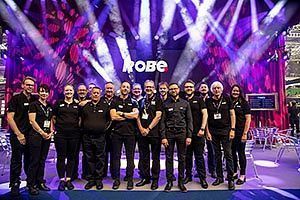 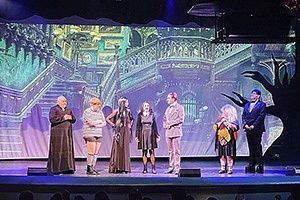 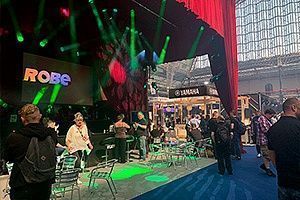 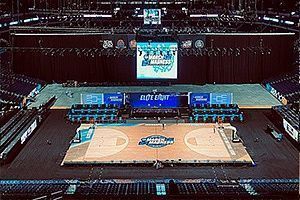 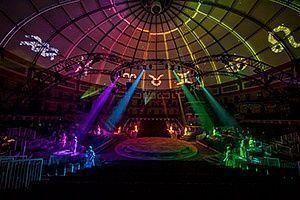 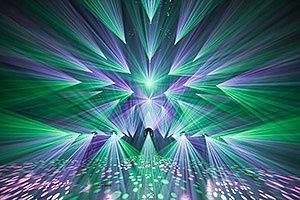 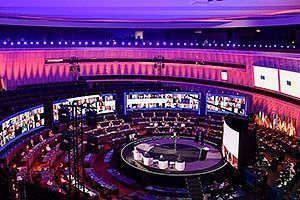 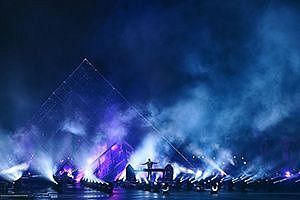 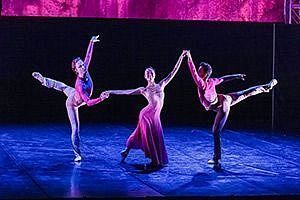