Astera’s ingenious PixelBrick won a 2021 PLASA Award for Innovation – one of two lighting products out of the six 2021 winners selected from 29 entries – as the PLASA entertainment technology trade show returned to Olympia after a pandemic forced absence in 2020.

The judges commented, “this is not just another battery uplighter, but a well-engineered and thought-out lighting system augmented with a wide set of accessories.” They felt it would allow designers a greater degree of creativity in an assortment of lighting applications.

PixelBrick has been carefully crafted by Astera’s talented R ‘n’ D team and is perfect for concerts, events, filming, or broadcast scenarios. It can also be utilised as a compact, light (1.1kg) and exceptionally handy up-lighter or hung anywhere and become a universal light for accenting and texturing buildings or facades. For exterior use, its IP65 rating is resistant to rain and other elements. PixelBricks can be joined together to make all sorts of funky shapes and combinations!

Astera exhibited on the booth of its UK distributor, Ambersphere Solutions. The PLASA event – one of the first industry expos to be staged ‘post’ pandemic – proved a busy and upbeat environment for people from across the industry to re-start, re-connect and finally meet again face-to-face as things start moving forward after an extremely tough period.

Astera revealed that many customers specifically asked to see the PixelBrick having already seen it online. “I think the industry understands that this is a game-changer and not just another LED spotlight, they stated, adding that they were “delighted” to win the Innovation Award

Also pumped about the result, Lee House from Ambersphere said, “It’s great that Astera has won another PLASA Innovation award. We stand behind these truly innovating companies and their products, and recognition from the industry is proof we are working with the best!”

Lee underlined that it’s flexibility that their customers generally look for in relation to Astera, including the complete range of neat accessories that are available for the PixelBrick which can further enhance creativity.

Three people from the company’s Munich, Germany HQ attended and engaged in multiple high-quality conversations with lighting designers, technicians and other industry professionals.

Lee adds that with new Astera products being shown for the first time at an expo, it was a great chance for people to see products “in the flesh rather than on a Zoom demo” and to meet the team behind them.

Astera has a glowing Halo

Astera is the Best for Quay Light 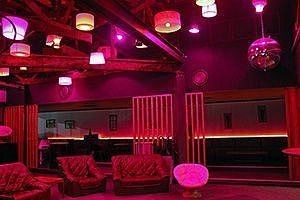 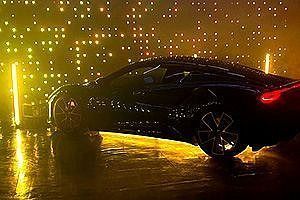 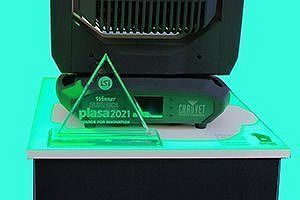 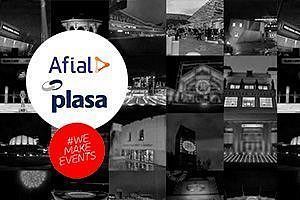