#WeMakeEvents, the campaign to amplify the voice of the live events supply chain, has now raised over £500,000 through fundraising efforts over the last 18 months, supporting charities which have helped industry professionals through the pandemic.

The half a million mark was reached during PLASA Show 2021 which celebrated the return of the entertainment technology industry following a two-year hiatus. At the show, #WeMakeEvents hosted a dedicated Hub to promote wellbeing and mental health throughout the live sector which featured several industry charities and initiatives and welcomed a steady stream of visitors.

80% of the funds raised have gone directly to Backup, the campaign’s chosen industry which supports professionals throughout the technical entertainment industry in times of ill health or financial need. In turn, Backup funnels vital funds to Acting For Others, Music Support, Stage Hand and Make It Blue UK, each one providing specially designed services to guide and support.

Matt Lloyd, Charities and Sponsorship Co-ordinater for #WeMakeEvents, comments, “It is a fantastic achievement to have reached half a million – something that would have been impossible without the generosity of the people. The #WeMakeEvents team is truly humbled by the support we have received along this journey, showing that the live events supply chain is a valid and viable part of the cultural sector. It is with this financial support that our industry’s companies and workforce can get back to doing what they love best and show the world why live events and entertainment are not only important, but crucial to society.”

There have been several fundraising events since the inception of #WeMakeEvents, with the most recent being BikeFest, the team cycle ride from SFL headquarters to PLASA Show which raised £1,300. Additionally, the #WeMakeEvents merchandise store has been growing in popularity, with plenty of PLASA Show visitors showing their support with official campaign T-shirts and accessories. 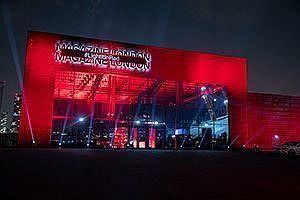