On the evening of October 31st, Halloween, a unique event took place in Germany that blurred the lines between dance event and concert. Dutch hard dance DJ and producer Sefa played a 90-minute set with a full live band, headlining an event simply called ‘This Is SEFA’.

Despite having only celebrated his 21st birthday this year, Sefa has already become a force to be reckoned with in the European Hard Dance scene. He has been releasing tracks since the age of 14 and has headlined clubs and festival stages all over the world.

Although closely associated with the Frenchcore subgenre of hardcore techno, Sefa’s music has a distinctly unique sound. Combining fresh, energetic, and intricate melodies, influenced by classical music, with heavy kickdrums, all at a speed in excess of 200 beats per minute, his music charts new territory in the hard dance space.

As well as being an accomplished DJ and producer, Sefa is also a skilled pianist, and live piano has often previously featured in his live performances. However, This Is Sefa took that concept to a new level, adding in live guitars, percussion, and strings to create a full-on live band concert performance of fast-paced hardcore techno.

Hosted at the 3000 capacity Warsteiner Music Hall, an old industrial building in the German city of Dortmund that has been revitalized as a performance venue, This Is Sefa featured a full supporting line-up of DJ sets. However, the focus of the evening was undoubtably Sefa’s live performance, which meant that the production for the event had an unmistakable concert look.

It featured a lighting, video, and effects rig which was anchored to the multilevel stage positioned at one end of the venue, rather than spread throughout the venue as is more common for a traditional dance event. This emphasis on the stage didn’t mean skimping on fixtures, as a huge rig was utilized to fill the space above, behind and around the performers with vibrant colors and piercing beam effects.

The person responsible for delivering the full technical production for the event was Project Manager Patrick Hirt, who worked together with regular collaborator Yannick Richarz to design the stage set and lighting rig. Christian Sudhop was responsible for programming and operating the lighting, which was supplied by Patrick’s own company, Creative Sounds Veranstaltungstechnik, working in partnership with another regular collaborator, Guido Schütz and his company LaserFrame.

Having partnered together on a series of innovative livestreaming studios during the pandemic, using predominantly equipment from ADJ and sister company Elation Professional, this event gave Patrick and Guido the opportunity to utilize the fixtures that became their workhorses on those projects in a live setting

A staple fixture at dance events all over the world, 52 of ADJ’s immensely popular Vizi Beam RXONE moving head fixtures were used to create aerial effects. Positioned on risers at the back of the stage as well as hung from angled trusses in the air above, these fixtures were capable of completely filling the whole hall with razor sharp beams of light. A fixture with a proven track record of reliability, the RXONE is popular with production companies and lighting designers alike due to its small footprint, big output, tight beam angle and useable feature set.

To complement the extremely narrow beam angle of the Vizi Beam RXONEs, the rig for This Is Sefa also utilized 18 of ADJ’s Focus Spot 4Z moving heads. Powerful, versatile, and compact, each of these fixtures harness an extremely efficient 200W cool white LED engine, paired with carefully designed optics, to generate a potent beam of light. This can be used to project crisp GOBO patterns onto surfaces as well as to create intense aerial effects thanks to an extensive collection of beam manipulation tools. These include motorized zoom and focus, replaceable rotating GOBOs, an independent color wheel, and two rotating prisms (6-facet linear and 6-facet circular).

The lighting rig was rounded out by 22 of ADJ’s Encore Burst 200 LED-powered warm white 2-cell audience blinder fixtures and 12 of Elation Professional’s RAYZOR 360Z moving head washes. In addition, six ADJ Fog Fury Jett Pro atmospheric generators were lined across the front of the stage to shoot intense bursts of LED-illuminated quick-dissipating fog up into the air. Finally, a pair of Elation Professional Magmatic Therma Tour 800 oil-based haze machines were used to fill the venue with a thin mist of lightshow-enhancing haze.

Fusing together elements of a classical concert and full-on rock show with the pounding kickdrums and rumbling bass lines of a hardcore rave, This Is Sefa was a truly unique event. The energy of the performers and genuinely ecstatic crowd was intensified by production that simultaneously focused attention on the stage and enveloped the whole venue with piercing beams, vibrant color washes and intense strobe effects. 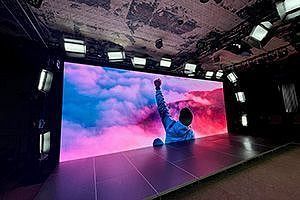 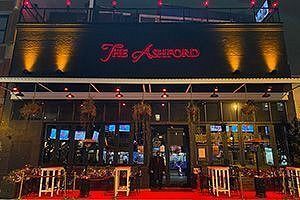 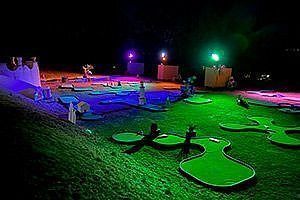 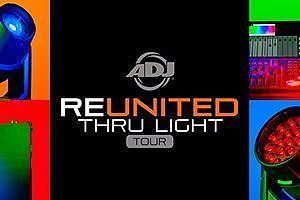