The hotly anticipated new installment in the Ghostbusters movie franchise opened last month as yet another box office smash.

Having filmed the picture in the Calgary and wider Alberta area in Canada, back in 2019, the production team returned for a special cast/crew screening at the local Cineplex Odeon a few days before the film’s official release. A variety of ADJ lighting fixtures were used to illuminate props and displays that transformed the venue’s foyer for the special occasion. These were then left in place to be enjoyed by the general public throughout the movie’s opening weekend.

Dustin Milne, owner of local production company Digital Media Integrations, was one of the many people from the wider Calgary area who were involved with the filming of Ghostbusters: Afterlife. Having worked in the Props Department, Dustin was invited by the film’s director, Jason Reitman, to produce his official wrap party.

An avid Ghostbusters fan, Dustin happened to own a number of Ghostbusters-themed event props that he uses to create a show-stopping Halloween display outside his house each year, which were ideal for the event. These combined with lighting from ADJ created the perfect atmosphere for the wrap party and made Dustin and his company the perfect choice for producing the official Alberta Cast/Crew screening of the movie and opening weekend celebrations.

Together with his team from Digital Media Integrations, Dustin created a floor-standing structure from Global Truss America trussing in the foyer of the Cineplex Odeon outside the screen used to show Ghostbusters: Afterlife. With a red carpet leading up to it, this supported a custom printed backdrop from the movie and created a space where attendees could have a photo taken before going in to watch their screening. The truss structure was illuminated using ADJ Mega HEX Par LED-powered wash fixtures, which caused it to glow vividly in ghostly green and purple colors. Each of these compact par units feature five 6-Watt 6-in-1 HEX (red, green, blue, amber, white + UV) color mixing LEDs together with a patented ‘sit-flat’ design for up-lighting as well as a multipurpose scissor yoke, which can be used either as a variable angle floor stand or hanging bracket.

The Mega Hex Par is one of our staple fixtures. We have around 60 in total in our inventory. We primarily use them for truss warming and they are just perfect for it. The housing is small, so they fit nicely inside, but the output is bright enough to give the truss a vibrant glow. They are easy to setup, either with a static color or for DMX control, and the color mixing is also really nice. Having the UV chip included makes them great for special events like Halloween and, of course, this Ghostbusters production, states Dustin.

Hanging from the truss structure were four of ADJ’s Focus Spot THREE Z moving heads. Each powered by a potent 100W LED light engine, these fixtures were used to add movement and GOBO projections to the production, creating a party atmosphere to get everyone excited as they came in to watch the movie. The trussing was also used to support a number of Ultra HEX Bar 6 linear LED fixtures. Each featuring six 10-Watt HEX color LEDs, equally spaced along a compact bar, these potent lights offer a 40-degree beam angle and are therefore ideal for bathing wide areas with vibrant color washes. For the Ghostbusters event, they were used for ambient lighting and also to illuminate themed props, including an inflatable replicate of the iconic Ectomobile.

Another prop Dustin and his team brought in for the event was a 25’ Stay-Puft Marshmallow Man inflatable, which was positioned on top of the concession stand. This was illuminated by a pair of ADJ Encore Profile Pro Color ellipsoidal fixtures, while further units were used to project custom ‘Ghostbusters’ GOBO patterns onto the floor of the foyer. Powered by a 250W 6-in-1 (red, green, blue, white, amber, lime) LED engine with a CRI > 90, this professional caliber fixture features a 4-blade manual framing shutter system, manual focus, and a B-size GOBO slot.

I like the Encore Profile Pro Colors. They are definitely punchy, and the LED source is a real benefit. Especially when we’re going into venues like this, that aren’t really geared towards doing production as power is limited, an LED engine that is just as bright as a conventional 575W lamp is extremely useful. We invested in the Encore Profile Pro Colors ready for this event for that very reason, and they didn’t disappoint. Like all ADJ gear, they are built well and, bang for your buck, they are awesome. They hold their own against significantly more expensive fixtures but are priced so that a little company like mine can afford them, enthuses Dustin.

To illuminate the photo area, Dustin used a brand-new pair of ADJ Jolt 300 multifunction LED strobe / blinder / wash fixtures that he won as part of the 1st Place Prize in ADJ’s recent Halloween Spooktacular Lighting Contest. To enter, we asked ADJ users all over the world to show us the creative ways they put their ADJ equipment to use to produce impressive Halloween events and displays. Dustin’s entry, which was a clear favorite with the judges, involved a huge number of ADJ fixtures. These were used to illuminate a variety of props – including Stay Puft and the Ectomobile – that he erected outside his house for the enjoyment of the whole neighborhood.

To further add to the atmosphere at the Ghostbusters: Afterlife opening weekend in Calgary, Dustin also brought in his friends from the Alberta Ghostbusters, a cosplay group that he’s involved in. They were at the theater throughout the previews and opening weekend, dressed as Ghostbusters and other characters from the movie, raising money for the local children’s hospital. In six days, they were able to raise $16,000 thanks to the generosity of those who attended the screenings.

The weekend before, Dustin and his team were also tasked with creating the same atmosphere and sense of occasion in Fort Macleod, Alberta, when a special preview screening of Ghostbusters: Afterlife was held at the Empress Theatre. The town’s historic Main Street appears as one of the locations featured in the movie and in was right there, across from the theatre, that the Digital Media Integrations team setup a truss loaded with enough ADJ fixtures to light up the whole street and project the Ghostbusters logo onto the side of the theater.

Working with the people from Sony Pictures has been awesome. All the producers and the marketing department were super wonderful, and I think the premiere events surpassed their expectations of what they would look like. I know that Jason Reitman really wanted this film to have a theater release, he didn’t want it to come out on streaming during COVID, which is why it kept getting pushed back. He’s a big fan of grabbing the popcorn and ‘going to the movies’. So, we wanted to bring that kind of ethos to this event; really make a memorable experience, which I think we achieved. Coming out of the last couple of years that we’ve all been through, it was good to see so many people out having a good time, smiles on their faces, taking pictures and enjoying themselves, sums up Dustin. 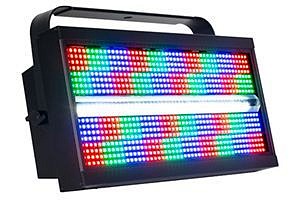 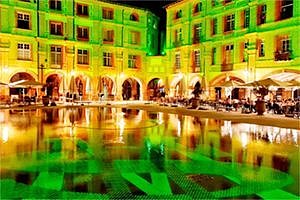 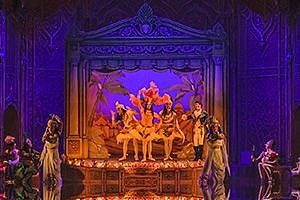 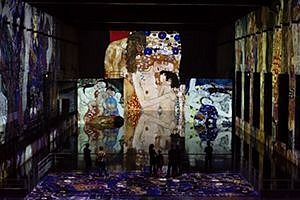 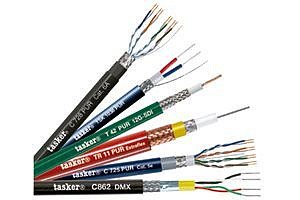 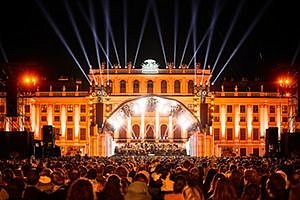 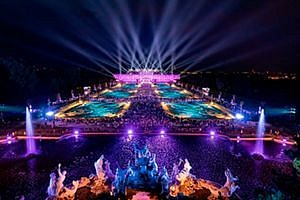 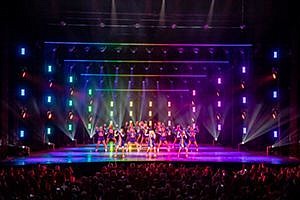 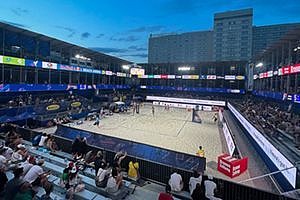 PIXERA media servers for the A1 CEV BeachVolley Nations Cup 2022