Fuzion is a sumptuous specially commissioned brand-new Cirque du Soleil production that was staged at the King Abdallah Sports City (KASC) stadium in Jeddah for the 2022 Jeddah Season Festival. The show is a tribute to the company’s innovative creative legacy and celebrates its most iconic acrobatic and theatrical performance achievements.

Directed by Mukhtar Omar Sharif Mukhtar with creative direction by Stefan Miljevic, the lighting and set was designed by Mikki Kunttu who used 186 x Robe BMFL moving lights – making up half of the lighting rig. These helped deliver a stunning and entertaining show that had audiences clutching seat edges while engaged with the action.

Mikki was based in Montreal Canada at Cirque du Soleil’s international HQ immediately for the two years before the pandemic, when he returned home to his native Finland, and relished being onboard and again working with a diverse and highly talented team. He added his own creative magic to this production which ran for 32 intense action and adrenaline-packed 75-minute performances.

The lighting brief included making an “elegant, theatrical, and vivid” impact, with the goal of recreating the splendor and atmosphere of a classic big-top whilst ensuring that each guest experienced a similar sense of intimacy as experienced in a classic big top setting.

The show narrative was based on the adventures of two best friends, Antonio & Sebastian, who, with the world in need of more creativity, friendship & love, embarked on a quest to create magical universes in which these can flourish.

Very strong lighting visuals were at the core of the overall concept, so Mikki was “delighted” to work with 127 x BMFL Blades and 59 x BMFL WashBeams as the primary lighting fixtures, supplied by lighting vendor, PRG Middle East.

The BMFL is a fantastic multipurpose fixture and I think it was a game-changer in so many ways. It’s still a great workhorse, widely recognized worldwide and you know what to expect in terms of quality and excellence.

The set and lighting design took ‘big-top shows’ as a starting point, working with a similar shaped stage as classic Cirque productions with stage and lighting rigs shaped to accommodate acts like the Wheel of Death combined with the close proximity of a 270-degree audience. Unlike a traditional big-top venue where the rigging, flying and access is restricted by the nature of the construction, the Jeddah venue gave them maximum flexibility with all the space and production facilities you could dream of.

While Mikki needed plenty of power and brightness to light the show in that ample space, there’s a definite art to lighting acrobatics which entails extreme attention to detail, total accuracy and diligent programming to ensure ultimate safety as well as drama.

There must be sufficient light for the aerial and other artists to see each other and their various grab-points and props safely, with all the simultaneous crowd-pleasing lighting effects expected of a nail-biting, high octane Cirque extravaganza.

Safety and making it look awesome are both critical elements naturally and I always try to deliver both within the same solution. The safety factor is not an add-on, but an integral part of the design from the outset, and attaining this successfully is a lot more complex and difficult than he ever makes it appear onstage, noted Mikki.

Fuzion was the first time he had used Robe BMFLs to light this style of show – although he’s used them on several other productions – and he was “extremely satisfied” with the results. All the BMFLs were positioned at the back of Cirque’s custom circular trusses – commonly referred to as ‘the piste’ – and rigged above their circular stage on LX bars 1 and 2, and they were not used in any sort of conventional way.

The reason for opting for the classic front lens type fixtures instead of LED faced ones is the simple fact that as LED faced wash lights have multiple lenses on the front, their potential blinding effect on the artists cannot be so effectively controlled and is very difficult to predict. This detail plays an important role in lighting aerial numbers with no safety lines or nets like flying trapeze and also for the wheel of death or ‘banquine’ routines.

Lighting acrobats safely and spectacularly is one of the most challenging tasks in entertainment.

Doing it successfully is “all about homework and meticulously watching the act to see the way they move, how they interact with each other and the technicians and what they need to grab at precise moments. It’s about studying both the technical and the artistic sides of each act and then putting those parameters together with your own creative approach”, says Mikki.

He worked alongside two programmers Matti Leinonen on lighting and Alex Hautamäki mainly on video and some lighting, all three using grandMA2 light consoles. Video content was designed by Olivier Goulet, and Matti remained in Jeddah to run lighting and video for the Season Festival duration.

Marie-Josée Adam was the executive producer/head of creation. Props were designed by Madeleine Bernatchez and included a disappearing tent comprising 28 x 22-metre-long fabric panels that ‘evaporated’ in seconds! John Caran and Geneviève Dorion-Coupal were the acrobatic choreographers, and the acrobatic performances were designed by Germain Guillemot. The musical director, composer and arranger was Hugo Montecristo, with music played live by a 6-piece band.

One hundred and fifty people in total were involved in the creation and production, with 25 technicians running the show and 39 cast members from 13 different countries and every continent. Fuzion was 10 months in development from conception to production, there was a two-week load-in and installation period at KASC, and the performance has been an overwhelming success. 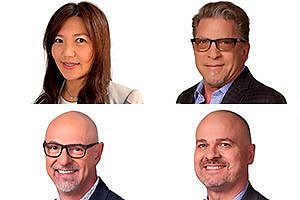 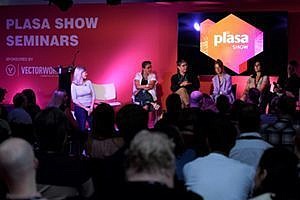 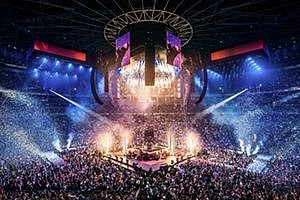 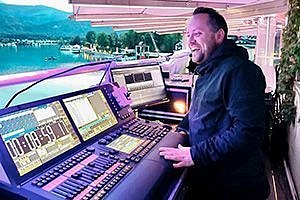 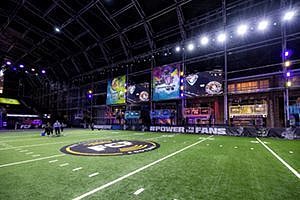 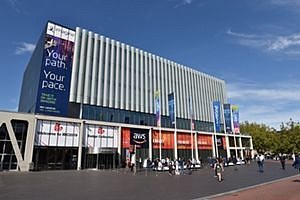