Alcons Shows The Fruit Of Its Technology At InfoComm 2015 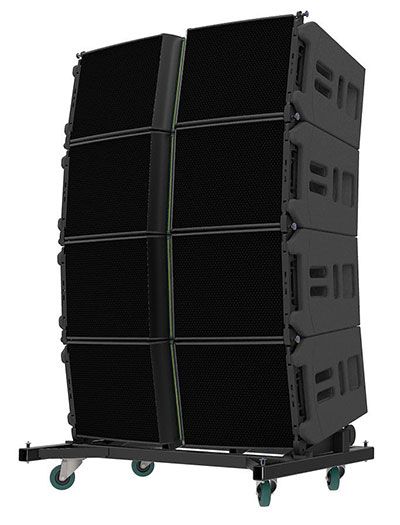 Dutch audio innovator Alcons Audio will be showing its latest pro-ribbon sound systems at InfoComm 2015, which takes place at the Orange County Convention Center, Orlando, Florida from 17th - 19th June. Alcons is exhibiting on Booth 779, as well as hosting off-site demonstrations during the show of the company’s latest audio innovations, based around its patented Pro-Ribbon technology and the ongoing pursuit of audio perfection. Highlight of the show will be two new pro-ribbon line-array systems, which are making their US trade show debuts.

The LR28 larger-format line-array is the result of five years development, with the last two years dedicated to beta testing for the ‘proof of concept’. Together with continued extensive R&D, which has led to another two patents pending in addition to the existing four, user-input from the world’s top engineers has produced the LR28’s final design. This flagship system marks an important advance for the company within the concert touring and large-scale installation market, featuring the unique 14” extreme-power pro-ribbon transducer.

Also in the spotlight on the Alcons booth will be the new LR16.2 smaller format line-array system. With this new system Alcons brings the symmetrical acoustic layout from the LR28 to the smaller formats; With three-way component configuration and a very precise pattern control in both the horizontal and vertical plane.

Loaded with Alcons’ multiple-patented RBN proprietary pro-ribbon transducers, with unmatched flat SPL up to 20kHz, these new pro-ribbon line-arrays set new benchmarks for throw, projection control and non-distorted linear sound response in their respective categories. Also on show at InfoComm will be the long awaited remote control for the Sentinel amplified loudspeaker controllers. ALControl™ is Alcons’ proprietary ALC control software protocol, to control and monitor multiples of Sentinels. Controlling functions such as grouping, overlay control of equalisation, delay, as well as real-time monitoring and auto-discovery, ALControl™ can be run from both Macintosh and PC platforms.

During the off-site demonstrations, all four acoustic formats of Alcons products can be experienced - the V-series point-source monitor, the Q-series line source column, L-series line arrays and R-series point source array. All powered and processed by the Sentinel, quad-channel amplified loudspeaker controllers.